Wearing matching inflatable dresses, Longva+Carpenter are each the marker, the beacon, and the buoy. Both women become the blue dot on the map, prominently echoing their surroundings — the crystal blue sky and sparkling sea. Each is her own destination point, stuck in place. They cannot see each other, but they hear the other call out, “HERE." The viewers must turn their heads to see first one, up high in the sky, then the other, down low with the sea. Though they are both here, they are not together. Though they are not together, they remain connected. What is between sky and sea? Only here.

Between Sky & Sea is a performance triennial founded in 2005 by Kurt Johannessen, Robert Alda and Rita Marhaug, and now organized by Performance Art Bergen. The invited artists all spent a week living and working together on site prior to performing in the festival. 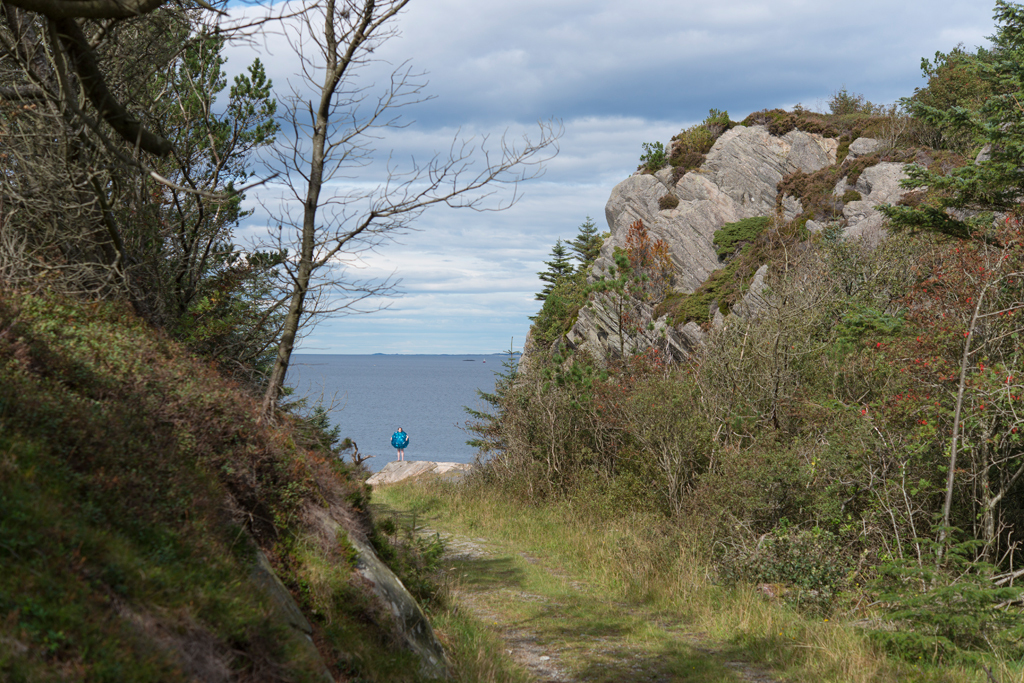 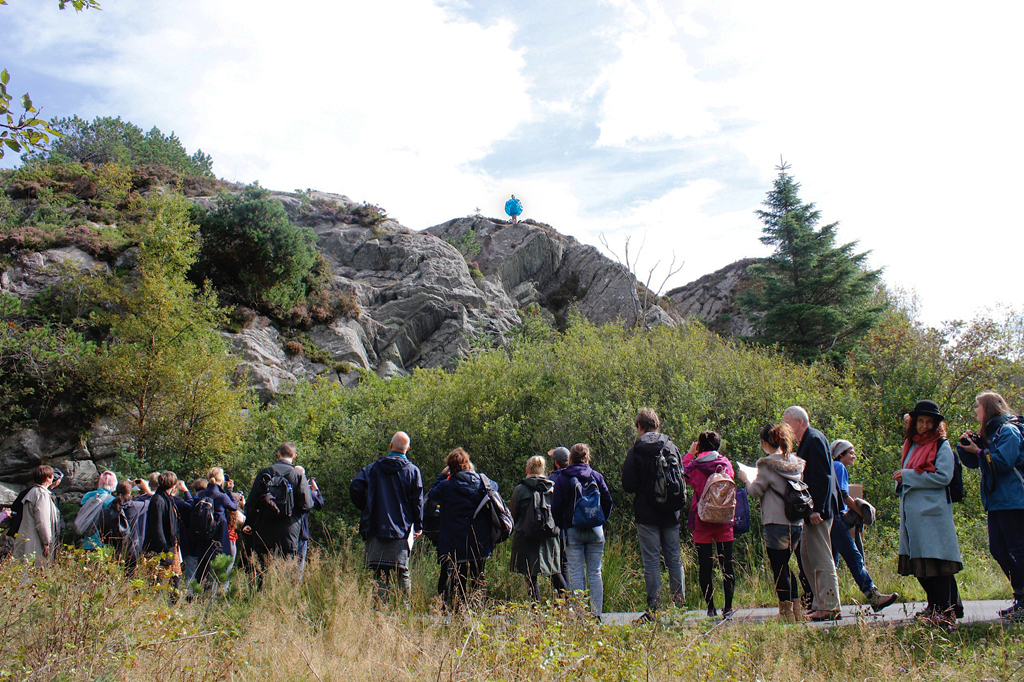 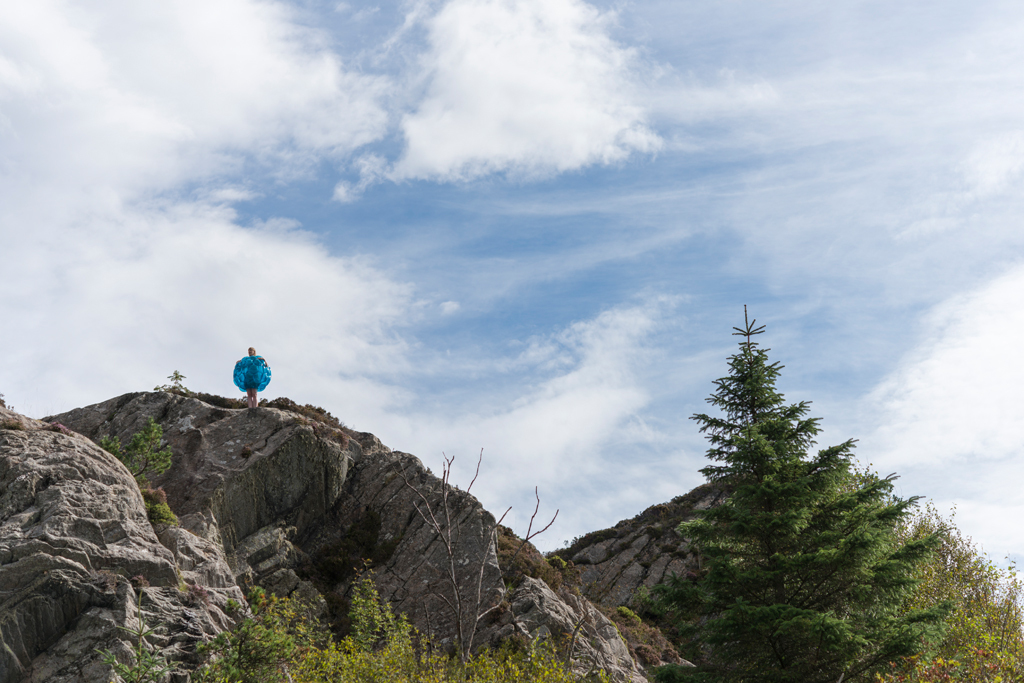 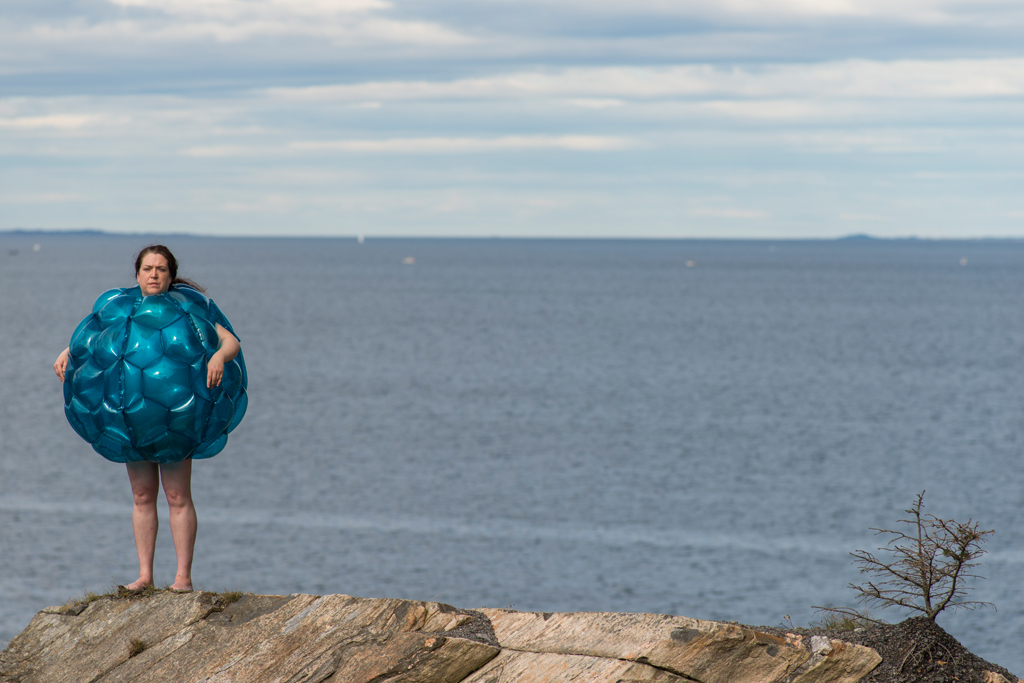 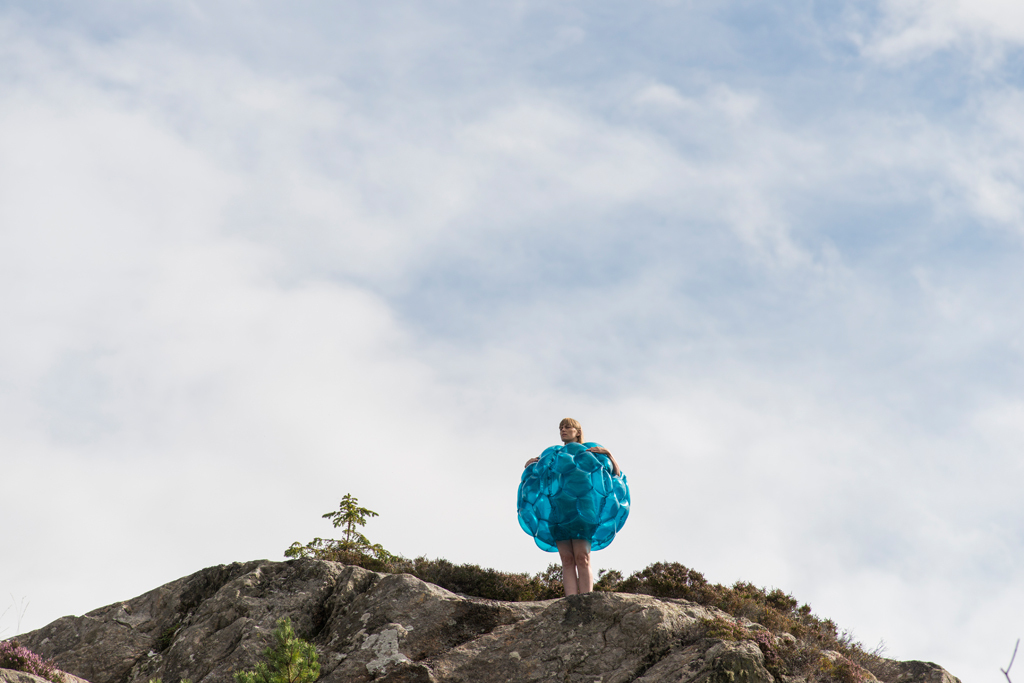 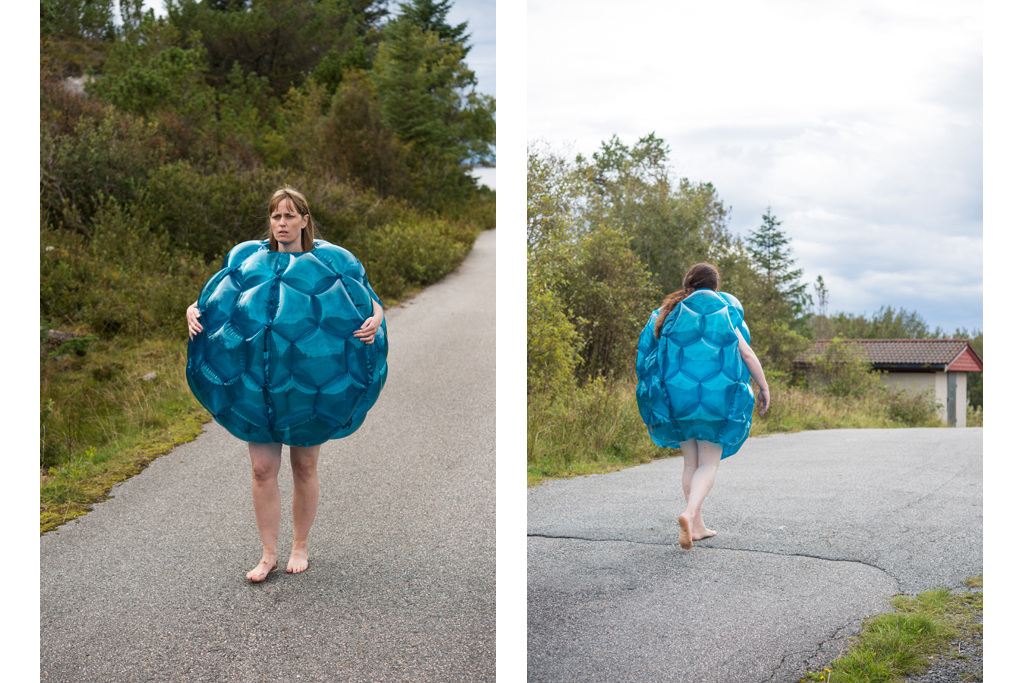 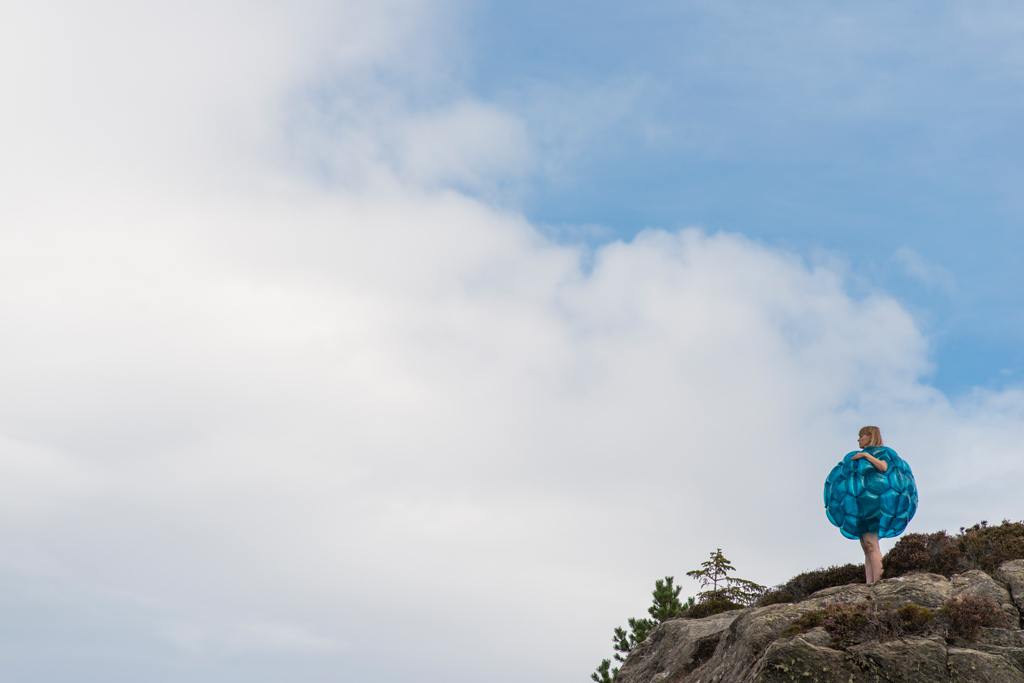 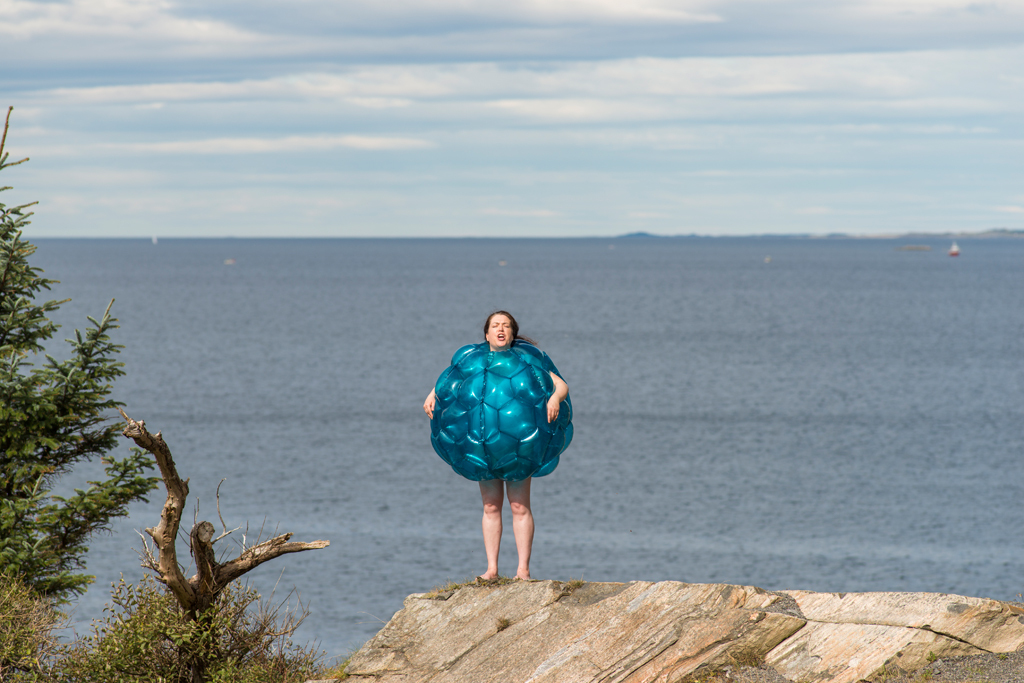 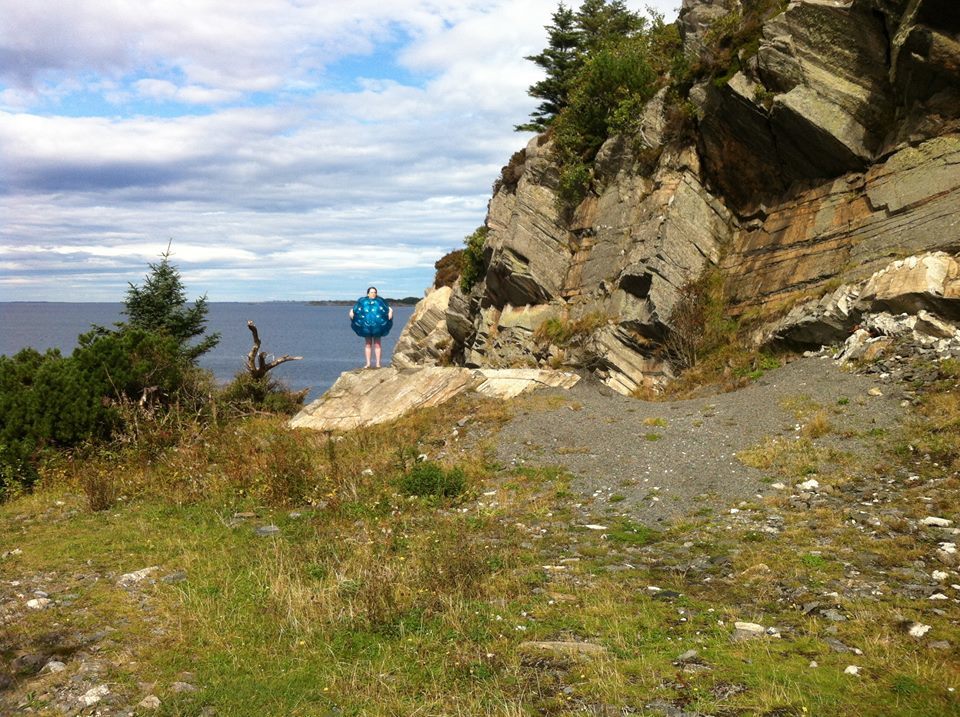